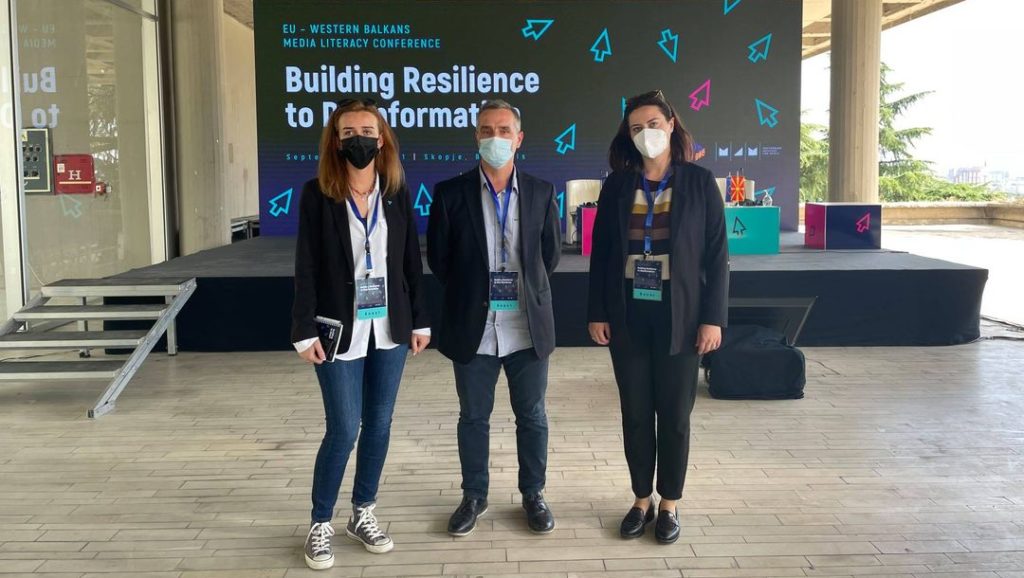 Members of the Media Literacy and Disinformation Research Cluster which functions in the framework of the Max van der Stoel Institute, Albulena Halili, Edlira Palloshi Disha and Shemsedin Ibrahimi participated in the regional EU-Western Balkans Media Literacy Conference “Building Resilience to Disinformation” held on Monday, 27 September, 2021 at the Museum of Contemporary Art in Skopje, organized by the Delegation of the European Union to North Macedonia and the Macedonian Institute for Media.
The conference was inaugurated by H.E. Stevo Pendarovski, President of the Republic of North Macedonia, H.E. Josep Borrell, High Representative of the European Union for Foreign Affairs and Security Policy/Vice-President of the European Commission (via video link) and H.E. Ambassador David Geer, Head of the Delegation of the European Union to the Republic of North Macedonia.
It addressed some of the most burning challenges of the modern public communication, such as combating and resilience to disinformation, the influence of social networks and disinformation in redefining news reporting and quality of journalism, and the importance of media literacy for citizens in the new media environment.
For more detailed info please visit: https://euwbmedialiteracy2021.mim.org.mk/